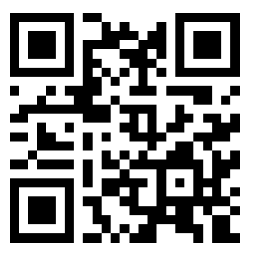 (Summary description)Since the Third Plenary Session of the Eleventh Central Committee, in the past 35 years, China’s private enterprises have grown from less than 100,000 to more than 10 million, and the number not only accounts for the vast majority of Chinese enterprises, but also private capital. The ratio is over 60%. However, the private economy has been in existence for many years in the development of the invisible "glass door."

Since the Third Plenary Session of the Eleventh Central Committee, in the past 35 years, China’s private enterprises have grown from less than 100,000 to more than 10 million, and the number not only accounts for the vast majority of Chinese enterprises, but also private capital. The ratio is over 60%. However, the private economy has been in existence for many years in the development of the invisible "glass door."

Bao Yuzhen, president of the China Private Enterprise Association, has always been a pioneer in the call to break this "glass door." He has served as the vice chairman of the National Federation of Industry and Commerce and the deputy secretary-general of the National Committee of the Chinese People's Political Consultative Conference. For decades, the system has been welcoming equal market status for private enterprises. He believes that the improvement of China's market economy system requires two-way reform of concepts and policies. The urgent task of reform is to correct the relationship between the government and the market and further stimulate the vitality of the business and the market.

In the face of a number of positive signals released by the "CPC Central Committee's Decision on Comprehensively Deepening Reforms on Some Major Issues", Bao Yukun pointed out that the system affirms the equal status of the private economy and the state-owned economy, and all market entities can enter the list on an equal footing according to law. In the external field, "the private enterprise ushered in a new era of equal competition in the system."

"21st Century": How do you interpret the signal of the release of private enterprises in the decision of the Third Plenary Session of the 18th National Congress?

Baoyu: The Third Plenary Session of the 18th Central Committee marks the beginning of a new era in China's private economy.

Mainly reflected in the past, relying mainly on policies, and mainly relying on institutions. Policy is of course important because policies and strategies are the life of the party. There is no policy of reform and opening up. Without a policy of encouraging and supporting the private economy, there is no private economy today. However, the policy is based on the distinction between ownership and the formulation of policies according to different ownership economies, which inevitably leads to discrimination in ownership. Over the years, people have called for equal competition, but in fact it is difficult to be equal. The reason is that policies are different. The formulation and implementation of policies are greatly influenced by human factors, and this leads to rent-seeking and corruption.

The 18th National Congress put forward the concept of three equality (equal rights, equal opportunities, and equal rules). The Third Plenary Session pushed this concept to institutional construction, emphasizing that the public-owned economy and the non-public economy are all important components of the socialist market economy. It is an important foundation for China's economic and social development. The public property rights are inviolable, and the non-public economic property rights are equally inviolable.

"21st Century": What changes will the system change?

Baoyujun: The Third Plenary Session stressed that it is necessary to drastically reduce the direct allocation of resources by the government and promote resource allocation based on market rules, market prices, and market competition to maximize efficiency and optimize efficiency. Establish fair, open and transparent market rules and implement a unified market access system. On the basis of formulating negative lists, various market entities can enter the fields outside the list in accordance with the law.

The decision also explicitly announced the abolition of various forms of unreasonable regulations on the non-public sector of the economy, the elimination of various hidden barriers, and the formulation of specific measures for non-public enterprises to enter the franchise sector. This clearly tells private enterprises that if you want to obtain resources and gain competitive advantage, you must improve your core competitiveness, rather than relying on the special relationship with government power figures!

In addition to explicitly declaring the improvement of the property rights system and the property rights of state-owned enterprises and private enterprises, the Third Plenary Session has also made a series of institutional arrangements for competition and cooperation. For example, to actively develop a mixed-ownership economy, various ownership enterprises can cross-share and encourage non-public enterprises to participate in the reform of state-owned enterprises, not only holding shares, but also holding shares. In addition, it is also proposed that social capital can participate in the investment and operation of urban infrastructure construction through franchising; in the construction of new rural areas and urbanization, private enterprises can also play their own advantages in the new rural management methods.

"21st Century": Does that mean that private enterprises can cheer for the arrival of a new era?

This has sounded the alarm for private enterprises. You have to weigh a few pounds and two, to be innovative, to carry out joint reorganization, in order to have the strength and opportunity to enter the monopoly industry and new industries, to participate in this round of competition.

This round of state-owned enterprise reform is completely different from the one in the 1990s. The last round of reform was the word "shutdown and transfer", and this round is a classification reform that distinguishes between public welfare, basic, and competitive categories, and diversification of equity from market-based securitization. This round of reform has great opportunities, but it is also a huge challenge, especially for private enterprises.

Scan the QR code to read on your phone 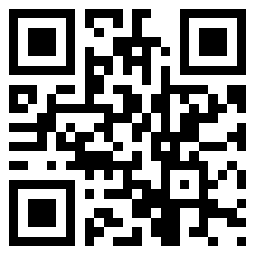 Focus on the Public Number